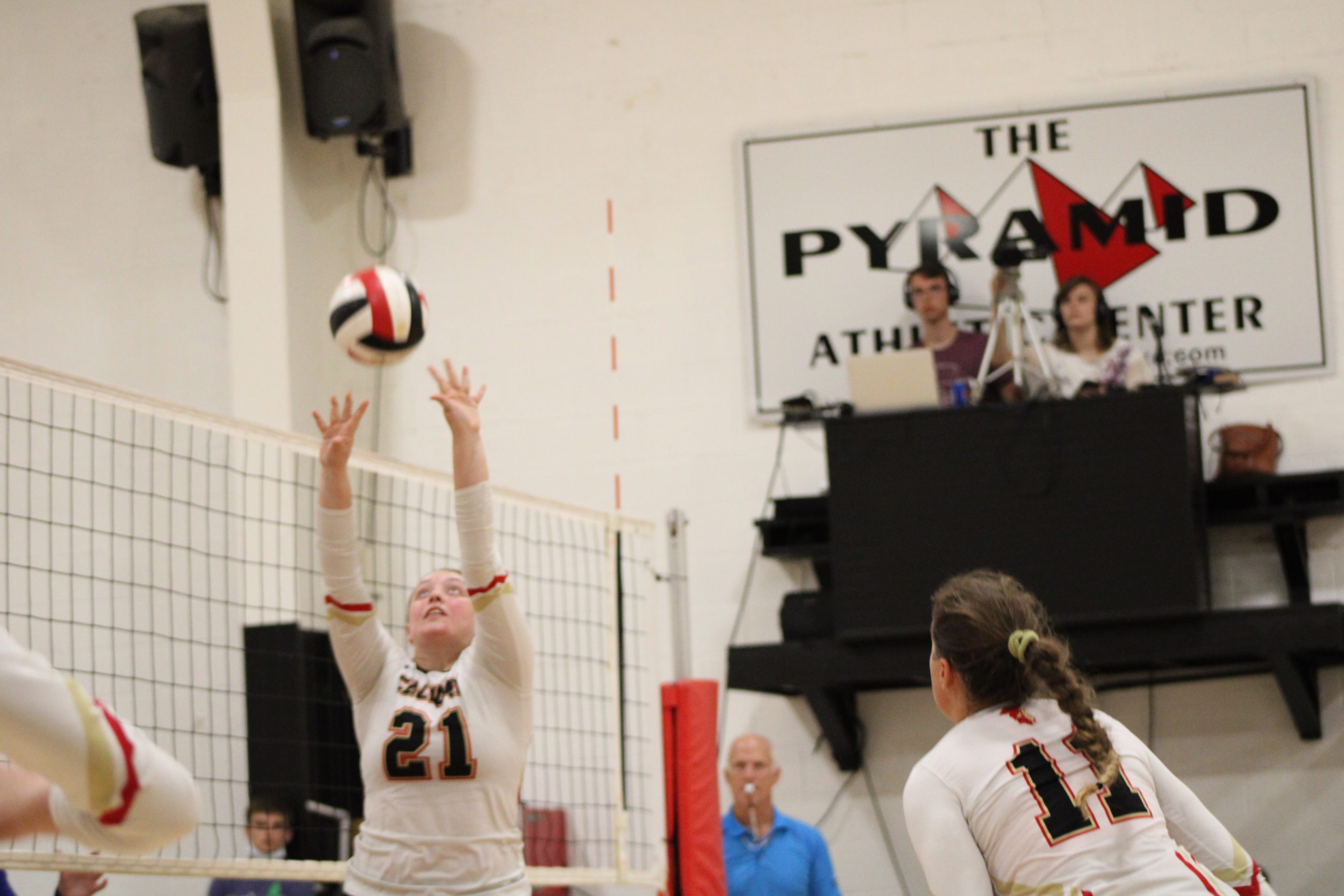 The Warriors volleyball team had a strong showing on Graduate Recognition Night as they swept Kansas Christian College 3-0 in the Pyramid here in Kansas City.   With the win, the Warriors move to 1-0 on the season.

“It was a great team effort tonight,” Warrior Head Coach Josh Johnson said. “The whole team came out with belief and were ready to play.  Earlier they were able to beat us on the road and they have since added another fantastic player to their roster.  I was pleased with how we came out and how we got some good serving tonight.  Different people stepped up at different times for us to get the win tonight.”

In the opening set, things were tightly contested on both sides.  KCC went up 19-21 before Elle Davis went on a short serving run to put Calvary up 22-21.  She then has a huge serve receive to help CU get the ball right back.  Haley Arneson finished the game serving with Leah Grady winning the final point with a huge swing in the middle. The final score of set one was 25-23.

In the second set, Arneson and Grady both went on great serving runs to put Calvary up 10-1.  CU kept a five-point lead throughout the entire set with Hannah Davidson leading the team on the attack and Miriam McCubbin providing much-needed back row stability.

The Warriors were eyeing the sweep and it showed as they came out strong again to begin the third set.  Basia Nesbett-Tucker did a fantastic job of spreading the ball around and the CU hitters played almost error-free ball.  Calvary had five hitters hitting at least at a .18 clip with Grady leading all with a .353 average.

“We recognized Leah Grady and Hannah Davidson tonight”, stated Johnson.  “It was a great time of celebration and seeing the work of the Lord in each of their lives.  We are so excited to see them be the young women He has called them to be.” 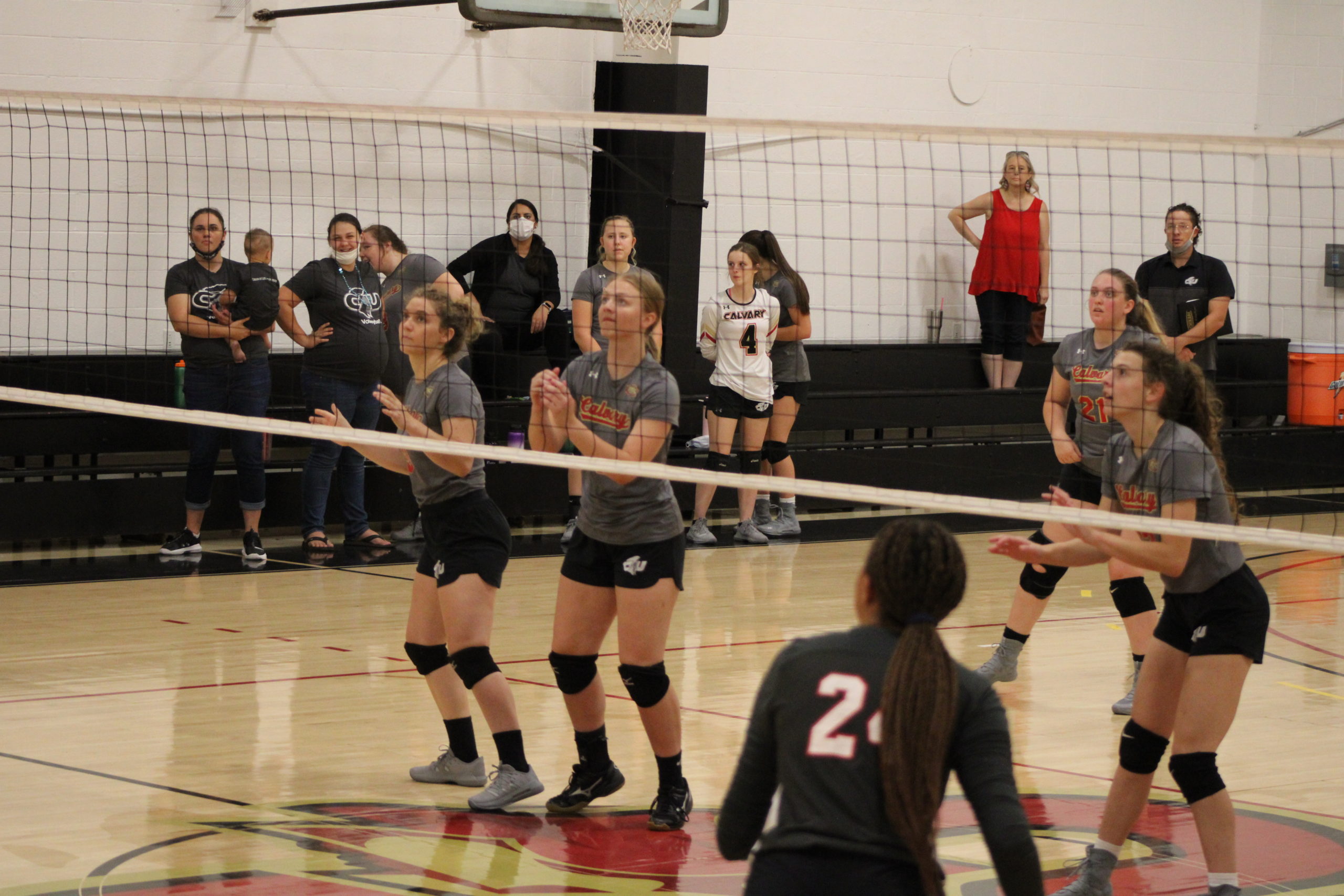