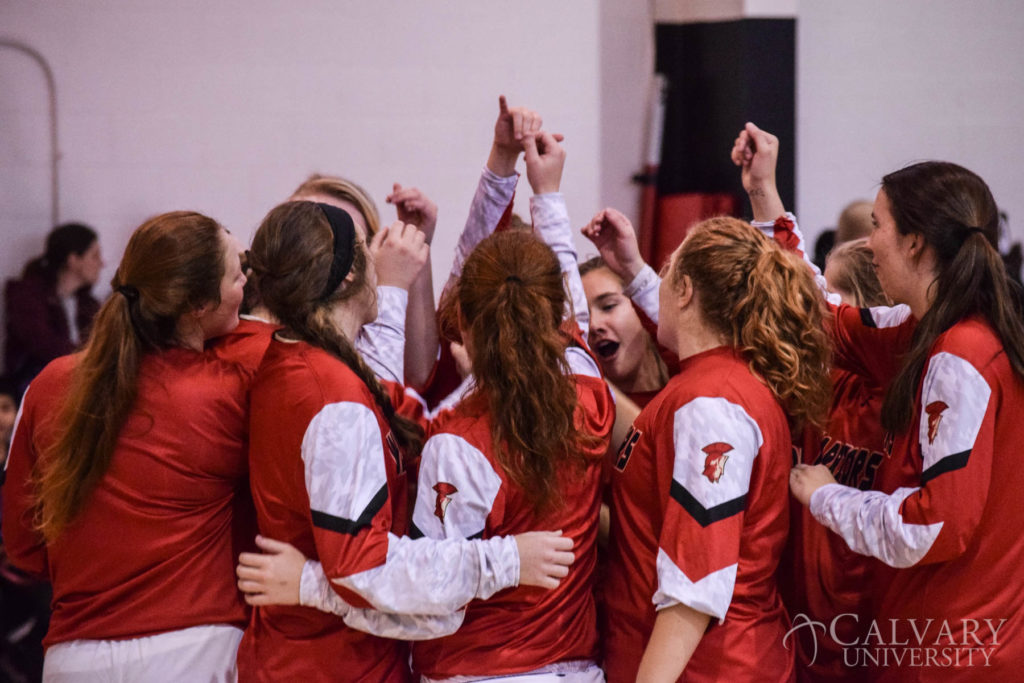 The game was never in any doubt as the Warriors scored first and never looked back. Calvary outscored the Royals 27-2 in the first quarter. Ecclesia wasn’t able to get anything going at the offensive end and the Warriors had everything going their way after Avery Kornstad and Taylor Hunter opened the game with a pair of threes. The Royals scored rather quickly to start the second quarter and cut Calvary’s lead to 20, but that was the closest the game ever got. The Warriors cleaned up the glass in the first half, out-rebounding the Royals 31-16 including grabbing 15 rebounds at the offensive end, which led to many easy second chance opportunities. CU headed to halftime up 47-14.

In the third quarter it was more of the same. Though the Warriors’ shots didn’t come quite as easily, Calvary still doubled up Ecclesia outscoring the Royals 18-9 in the third, and leading by 42 at the quarter’s conclusion. Calvary again outscored Ecclesia 18-9 in the fourth and won by 51, 83-32. Every available Warrior played at least 12 minutes and contributed in some fashion, the win was a total team effort.

The Warriors’ largest lead of the night was 53 and they held the Royals to just 9 made field goals on the game and only 3 in the second half. Ecclesia to their credit did go 10-11 from the free throw line, but shot only 18% from the floor and turned the ball over 34 times. On the other side Calvary shot 41% from the field and once again assisted on over half of their made shots, 19 assists on 35 made field goals.

Hunter led the scoring for Calvary with 20 points. Anna Holloway had 13 points, Kornstad added 12, and Anna Davis chipped in 10. Shalom Sutcliffe led the Warriors in rebounding with 9.

Mayela Escamilla had a 14 point, 10 rebound double-double for the Royals, both numbers team highs.

With their fourth straight win, and sixth straight at home, the Warriors improve to 14-7 on the season. Next up for Calvary is a conference game at Manhattan Christian College on Tuesday.