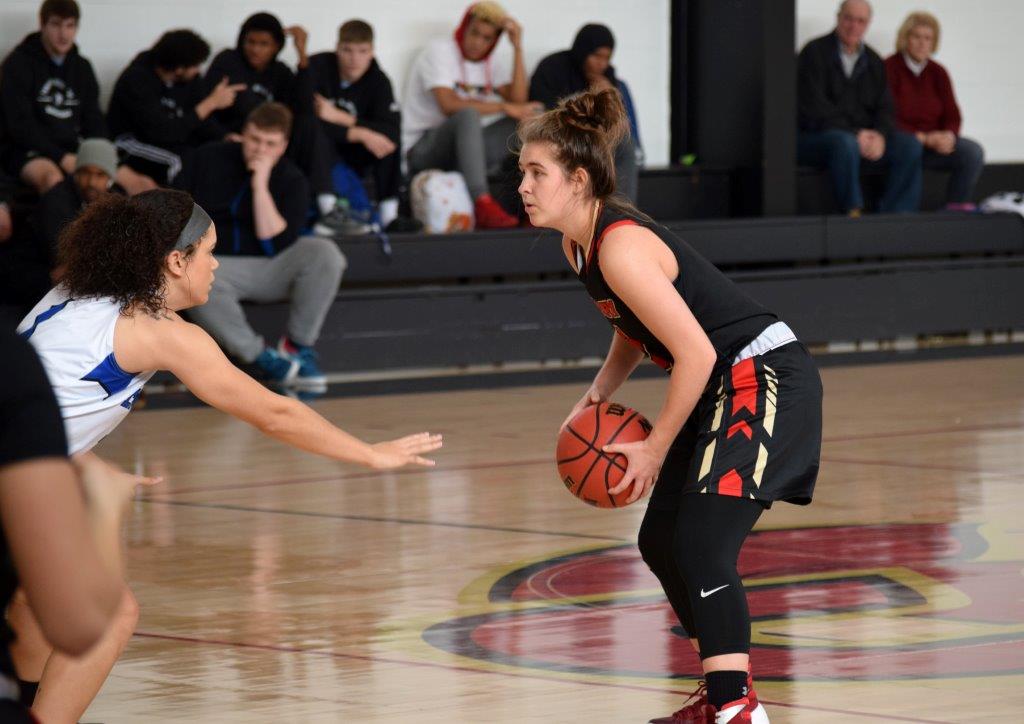 The Calvary Warriors left Ellendale, ND with a victory over the Trinity Bible College Lions on Saturday. The Warriors had a strong start to the game, scoring 27 points in the first quarter. “We knew going into the game we would have to work together and build a strong lead right away in order to win,” said Coach Tressa Shoemaker. Calvary carried their momentum from the first quarter into the second quarter by utilizing a strong full-court press. The Warriors pressure caused the Lions to turn the ball over 13 times, while the Warriors came away with 15 steals by the end of the game. The Warriors put up another 17 points in the second quarter to go into halftime with a strong lead over the Lions.

A slow start to the second half for the Warriors allowed Trinity to cut the lead down to eight points in the third quarter. However, CU’s strong full-court press proved to be too much for Trinity, and the Warriors came out of the game with a 72-60 victory. “It took the entire team working together communicating and encouraging each other,” Coach Shoemaker stated. “I am proud of the girls for staying mentally tough and we will use this to keep building for the future.” The Lady Warriors were led by Taylor Hunter with 25 points, Anna Holloway added 13 points, and Avery Kornstad contributed 10. Shalom Sutcliffe and Hunter both finished the game with five steals each.

The Warriors will next play Central Christian College in Moberly, MO on the 21st.