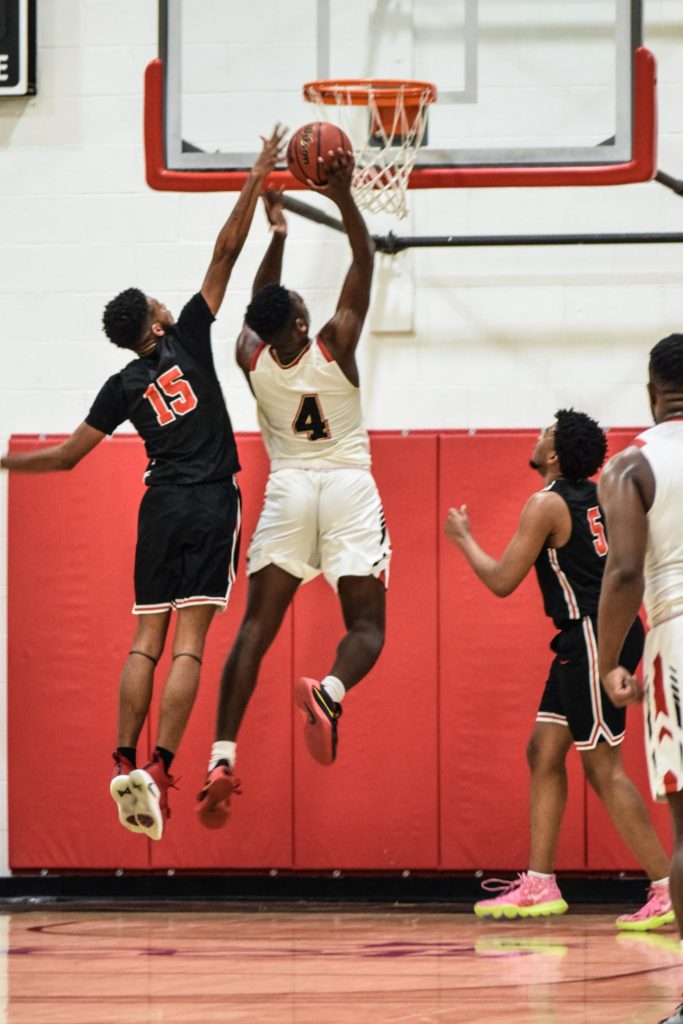 Calvary was able to hold on and overtake Barclay in overtime 91-88, punching their ticket to the conference championship game.

The Warriors and Bears both started the game well offensively, but it was Calvary who jumped in front. With 12 minutes left in the first half Calvary was up 22-13, lead by hot shooting from Braydon Unruh and Zeb Green. However, after the Warriors extended the lead to 12, the Bears began to claw their way back into the game and five minutes later the lead was just four, 29-25. But Calvary was able to stem the tide and went on a 9-0 run, before the Bears hit a three at the first half buzzer to trim the lead to seven, 47-40.

Barclay came out of the locker room on fire and opened the second half by going on a 13-2 run over the first four minutes and taking a 53-49 lead. From there the teams went back and forth, neither able to gain separation. At the ten minute mark of the half Calvary led 64-61. Benjamin Jones knocked down a three on the next possession, but then the offense went flat for Calvary and with four minutes to play they trailed 71-70. Then, Zeb Green went to work in the paint, as he did all game, scoring the Warriors final six points. Barclay had a driving attempt at the buzzer, but couldn’t convert so the game went to overtime tied at 76.

In the overtime period Calvary got off to a critical quick start, with Green scoring two more baskets giving him ten straight points. Barclay, though, hung around and after Green converted an and-1 the Warriors led 85-81. He scored on the next Calvary possession as well, and the Warriors led 87-86. It was then the Bears got a steal, but an opportunity for an open layup was missed and turned over to the Warriors with 30 seconds to play. On the next Barclay possession Green picked up his fifth foul and the Bears knocked down both free throws to take an 88-87 lead. At the other end Cameron Bender was fouled going after an offensive rebound and split the free throws to tie the game at 88. Barclay grabbed the rebound and ran the other way off the miss, but Ques Harris chased down the ball handler and poked it free in what head coach Matt Sanders called, ”the play of the game.” At the other end Jay Lems was fouled with one second left. Barclay was then hit with a technical foul and Lems knocked down three of the four free throws to seal the game for Calvary, giving the Warriors a 91-88 win.

After the game Sanders said, “We got stops when we needed to down the stretch, but just couldn’t make some open shots. The goal was to keep the game under 80 points and we did that [in regulation], I figured we would win if we did. Defensively we were really good in the second half, and they were as well, they stifled us for a while. The first two minutes of overtime are really important and we jumped out to a quick lead. I think that might have rattled them, and then Zeb Green just took the game over.”

The Warriors shot the ball much better from behind the three point line today shooting 28% for the game, and 44% from the rest of the field. Calvary also had 13 turnovers compared to 15 assists on 35 made shots.

The Warriors advance to the Midwest Christian College Conference championship game for the first time since the 1991-92 season, and will face number four seed Faith Baptist Bible College. The championship game will be played on Saturday at 6pm in Joplin, MO.