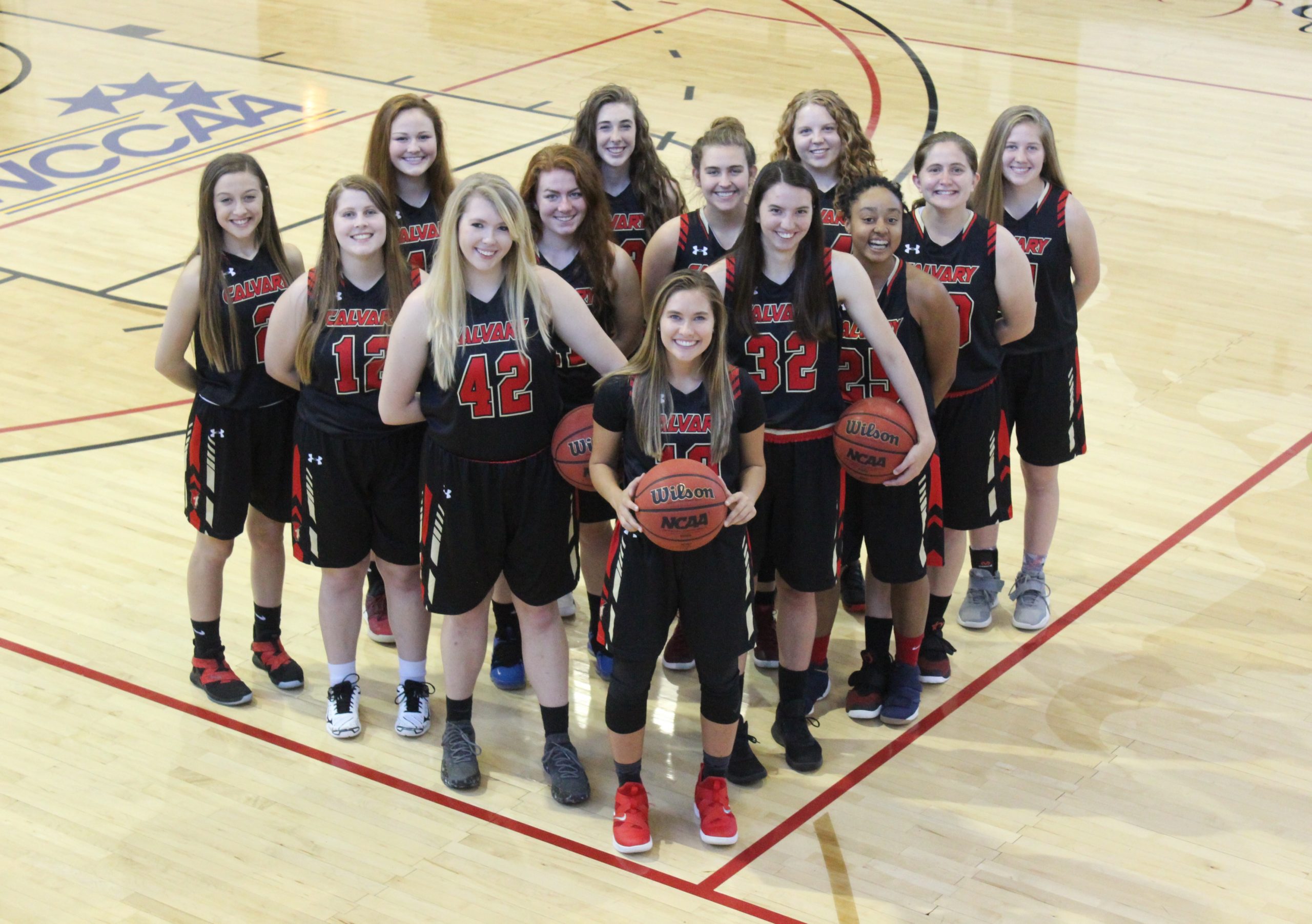 Calvary’s defense led to easy offense and helped the Warriors pull away for the 78-54 win in St. Louis Friday night against Principia College.

Both teams traded baskets early and then Principia led by six midway through the first quarter. But after a pair of threes and transition layups from Taylor Hunter the first quarter ended tied at 16.

In the second quarter, the Warriors turned up the defense allowing only two Panther field goals. Head Coach Tressa Shoemaker was pleased with the defensive effort, “Our girls came ready to play today. They did a great job on defense stopping the drive and utilizing help defense.” Two early free throws from Anna Holloway gave Calvary a lead they would never relinquish. The Warriors headed into halftime up 32-24.

In the third quarter, Calvary’s offense picked up where it left off scoring 29 points.  They went on a great 13-0 run sparked by great defense and headed to the fourth with an 18 point lead 61-43.  It was more of the same from there as the Warriors extended their lead to 24 taking the game from the higher division opponent 78-54.

Hunter led the scoring for the Warriors with 27 including five 3-pointers. Holloway added 22 and was a perfect 4-4 from the foul line. Avery Kornstad led the team with 7 rebounds.

Sophia Hathaway led the Panthers scoring 24 of their 54 points.

The win moves Calvary back to .500 on the season at 5-5. The Warriors get a rematch against Cottey College on Tuesday.