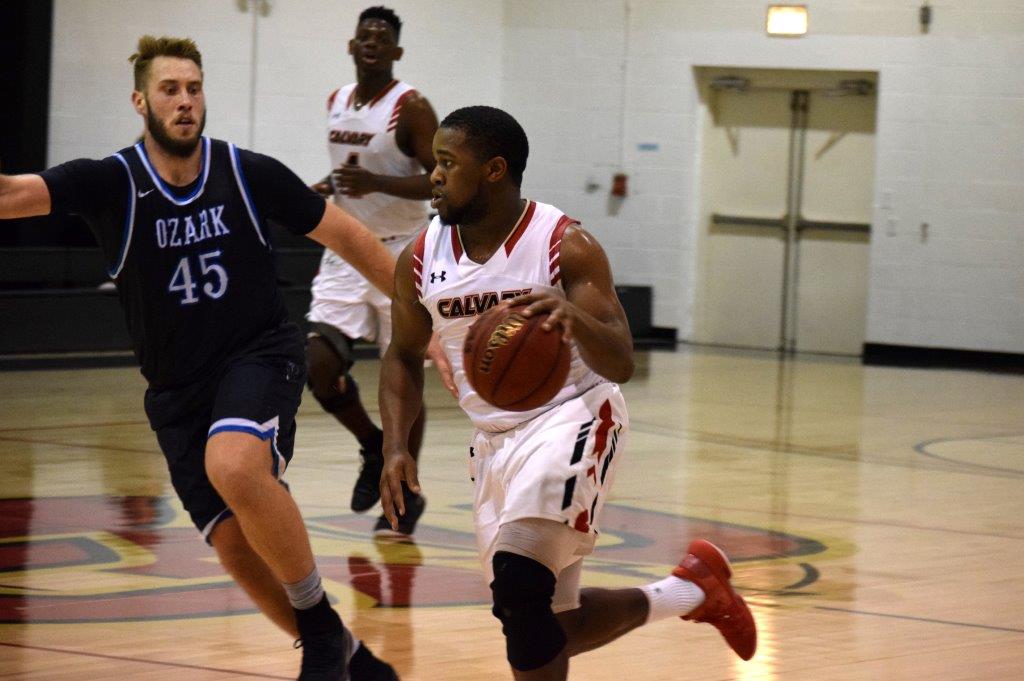 With two minutes remaining in the game, the Calvary Warriors were down ten points to the Trinity Bible College Lions Saturday afternoon. The Warriors battled back from behind in the final minutes with clutch three-point shooting from Braydon Unruh to tie the game. The momentum of the Warriors was impossible for Trinity to overcome in overtime, and CU came away with a hard-nosed 90-78 victory in Ellendale, ND. “This was one of the best comebacks of my career,” said Coach Sanders. The Warriors had a slow start to the game, falling behind the Lions in the first few moments of the game. But with great contributions from the Warriors bench, they were able to battle back and even the score before going into halftime with a 36-28 lead.

Calvary once again had a slow start to the second half, falling behind the Lions early on. “One of the themes of this trip was being mentally tough enough to win on long road trips and in hostile environments,” said Coach Sanders. “We did that today.” The Warriors refused to let down, battling from behind once more to win the game in overtime. “Our resilience got us back into the game,” stated guard Ques Harris. “Ultimately it led us to the victory today.”

Braydon Unruh led the team with 30 points, Unruh was 6/12 from beyond the arc and contributed six rebounds to the cause. Jax Bell shot 7/11 from the field and finished with 14 points while his fellow forward Zeb Green finished with 11 points and nine rebounds.

The Warriors will next play Central Christian College on the 21st in Moberly, MO.