Warriors Wrap Up Conference Play with Win at Ozark 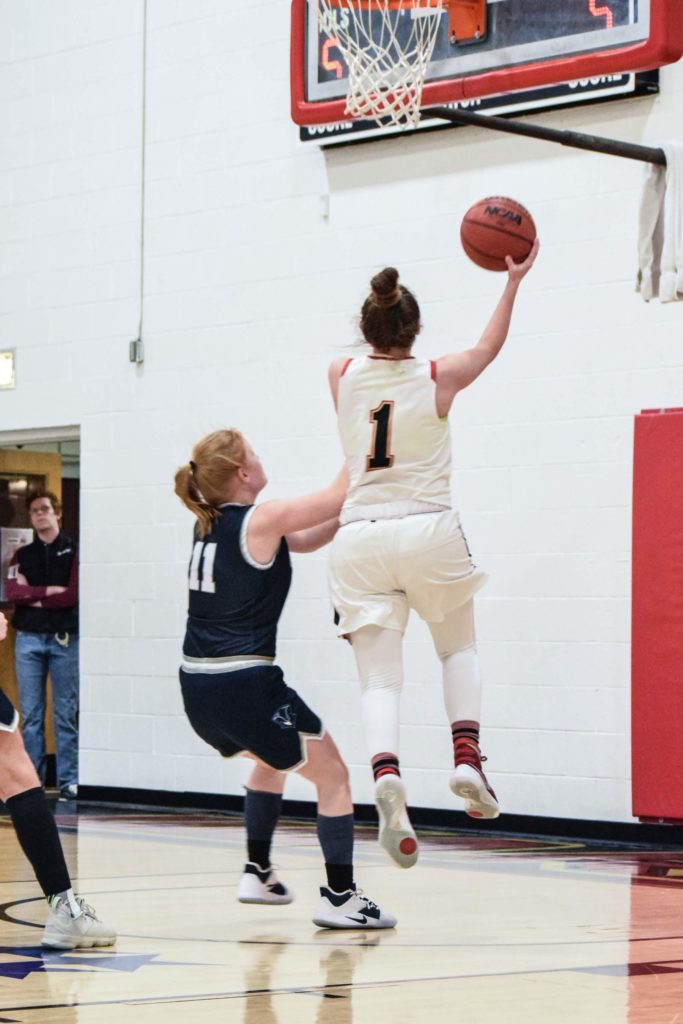 The Warriors jumped out to a quick 10-0 lead and never looked back defeating the Ambassadors 85-52.

Avery Kornstad opened the scoring for Calvary and had 8 of the team’s first 10 points, starting the game with back-to-back threes. The Warriors then went on an 11-2 run extending their lead to 16. Ozark made a three at the first quarter buzzer, but Calvary led 21-8. Kornstad opened the second quarter with another three, and the Warriors went on an 8-0 run, starting the quarter the same way they started the game. Defensively CU held Ozark without a field goal until just over four minutes left in the half, their only field goal of the second quarter. The Warriors closed  the half up 23, 41-18.

It was more of the same in the third quarter as Calvary was able to push their lead to 32. Ozark was able to string together a couple of baskets and cut into the lead, but the Warriors extended it to 37 with under 4 minutes to play in the third. CU ended the quarter on a 12-3 run and went to the fourth quarter up 43, 75-32. With such a large lead the Warriors were able to rest for much of the final quarter, in which the Ambassadors outscored Calvary 20-10 but it was much too little, way too late, as the Warriors cruised to another conference victory winning 85-52.

Head coach Tressa Shoemaker praised the Warriors after the game saying, “I was really proud of our defensive display in the game, and offensively we were able to shoot over 40% from the field and improve on our shot selection. I am proud of the overall effort and performance.”

Calvary was great defensively in the game, holding the Ambassadors to just 25% shooting and only 16% from the three point line, allowing only 4 field goals in the first half. The Warriors also got 11 steals leading to easy offense at the other end. Calvary themselves shot the ball extremely well, shooting 43% from the field and an outstanding 53% from three point range, with Kornstad and Taylor Hunter combining for 10 threes themselves. The Warriors also shot 90% from the free throw line and assisted on over half of their made shots.

Jessica Watson led the scoring for Ozark with 14 points.

With the win Calvary improves to 16-8 on the season, and 6-1 in the conference and have locked up at least the second seed in the MCCC Tournament next weekend. The Warriors are back in action at Ecclesia College on Thursday night.