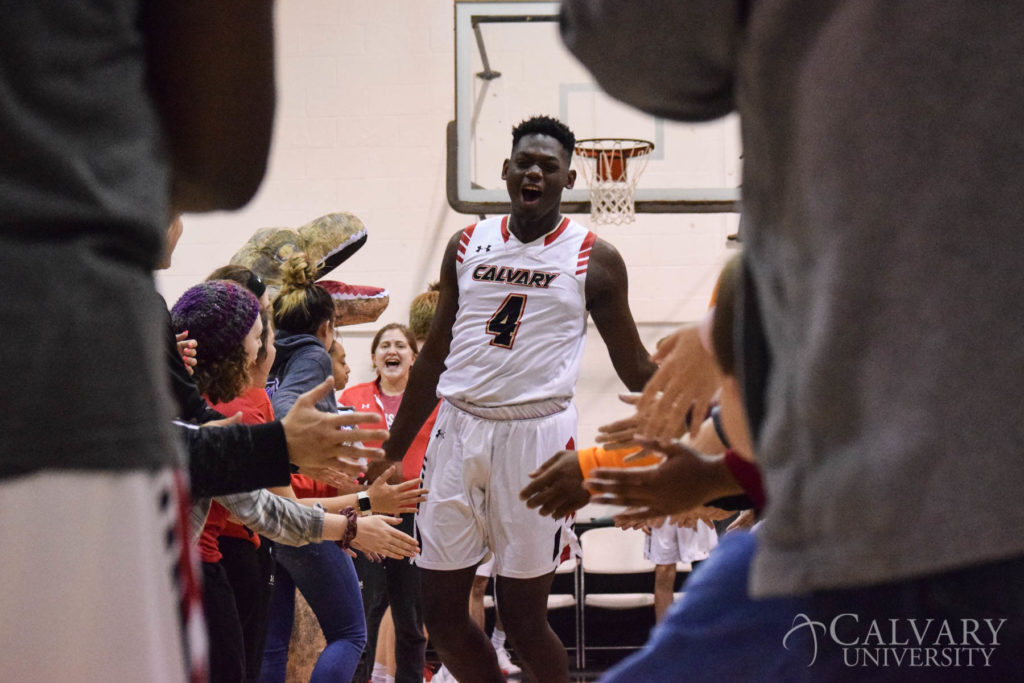 Zeb Green passed the 1,000 career point mark (more on Zeb here), and the Warriors battled back to take down the Royals 95-89 in overtime.

Ecclesia got off to a hot start from behind the three point line scoring their first 15 points from beyond the arc and starting the game on an 12-0 run. The Warriors then began to find their rhythm offensively going on a 7-0 of their own. The Royals however kept Calvary at bay and extended their lead to as many as 11. But the Warriors began to chip away at the lead. With five minutes left in the first half, the basket that put Zeb Green over 1,000 points for his career pulled Calvary within two. Both teams went back and forth after that and the half ended with Calvary down 40-36.

The second half started much differently for the Warriors, who started on a 21-4 run holding Ecclesia to just one made basket for over seven minutes of game time. This gave Calvary a 13 point lead with just over ten minutes left in the game. Calvary did a good job of holding the lead, but the Royals were able to chip away and gain a one point advantage with just over three minutes left. Ecclesia was able to extend their lead to six, but the Warriors wouldn’t go quietly, Green twice tied the game for Calvary in the final minute and regulation ended with the score knotted at 77.

After Ecclesia started overtime with a quick basket the Warriors went on an 11-0 run and led by nine, Calvary was twice able to push that lead to ten behind sharp three point shooting by both Braydon Unruh and Jay Lems. The Royals knocked down a couple of threes late but it wasn’t enough as the Warriors came out on top 95-89.

After the game head coach Matt Sanders said, “First, Zeb Green was huge down the stretch both on the offensive and defensive ends, and knocked down a pair of key free throws in overtime. Second, for the first time since December we got consecutive stops with under two minutes to play. Those two things were the difference in the game.”

Unruh led the Warriors in scoring with 34 points, going 8-11 from the 3-point line. Green had a monster 22 point, 22 rebound double-double, with 10 of the rebounds coming at the offensive end. His 22 rebounds are the most in the country in single game this season. Cam Bender and Lems added 9 points each. As a team Calvary shot 45% from the floor and 40% from three point range.

Deondre Phillips led the Royals with 24, including going 9-10 from the free throw line.

With the win Calvary improves to 10-9 on the season. The Warriors host Kansas Christian College at the Pyramid on Saturday.